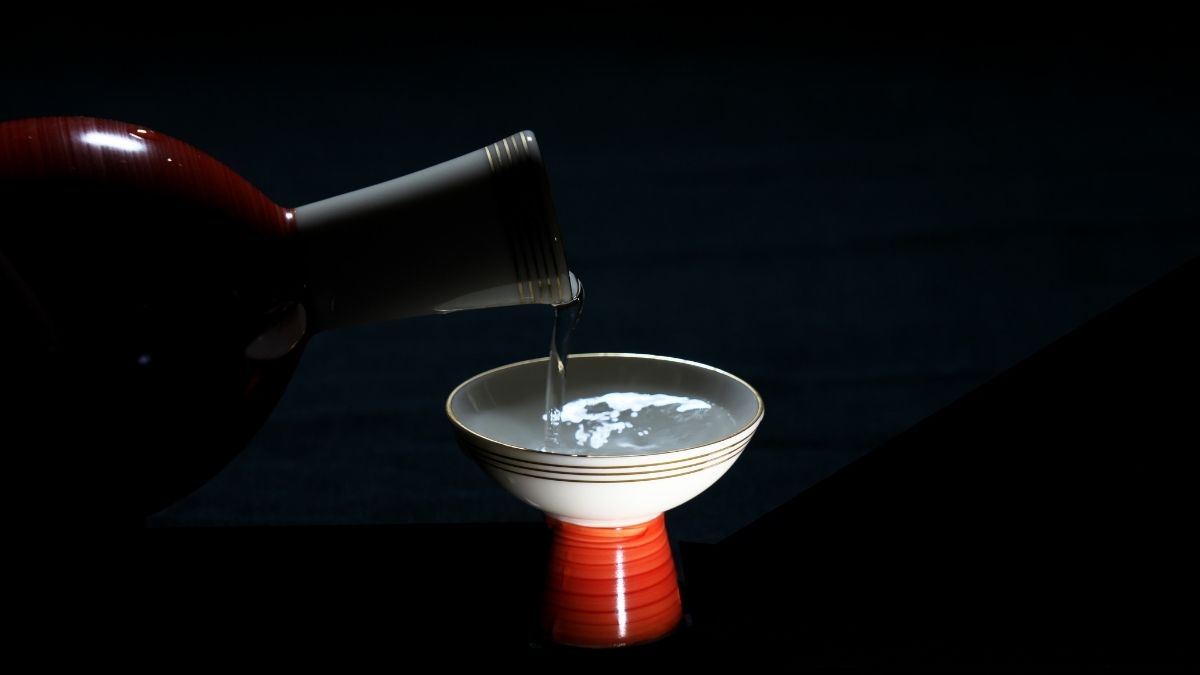 In the globalized world of the 21st century, we should know better than to draw lines between West and East, orient and occident. They are doubtlessly different, but none of them deserves to be regarded as a standard from which the other one would deviate.

Despite all of our efforts to decentralize the world, most people still tend to regard non-Western culture as exotic. One such example is sake. As a beverage coming from Japan, it has a veil of exoticism and mystery. They are its selling points! And maybe even the reason why sake has been growing in popularity in the U.S. and Europe. So let’s get to meet this marvelous drink!

First things first, the name! What does sake mean in Japanese? The literal meaning of sake in Japanese is simply and succinctly – alcoholic drink. That’s right! Just about any alcoholic beverage is sake. Wine, beer, liquors, all of them are referred to as sake in Japan.

But how do the Japanese differentiate between any other alcoholic beverage and the one that we call sake? It’s easy enough. They have another word for the famous Japanese rice wine, and that’s nihonshu. More precisely, nihonshu means Japanese sake. So, if we were to remain true to form, this site would read “Nihonshu Sensei”. The reason why it’s not the case is because most people in the West, even some passionate sake drinkers, wouldn’t understand us! That’s why we are going to use these terms interchangeably.

How old is Nihonshu?

The word itself isn’t very old. Its first mention seems to date back to 1873, when sake made its first appearance at the Vienna World’s Fair. Those were the years when Japanese imperial culture became “hype”. It was an introduction to the phenomenon of Japonism that would soon take the world by storm. (If you’ve ever seen Puccini’s opera “Madama Butterfly”, you’ll know what I mean!)

At the moment, sake manufacture had begun to develop on a massive scale. Seeking to show off their cultural artifacts to the world, the Japanese came up with the word “nihonshu” so as to differentiate their own national beverage from other alcoholic drinks. But sake would stick as the official term. Maybe because it’s a shorter word, or easier to pronounce? Who knows!

The term conundrum notwithstanding, sake itself is much older than just a couple of centuries. In one form or another, peoples of Japan, China and Korea have been making fermented beverages from rice for over two and a half millennia!

We can’t claim with any certainty that those ancient beverages looked or tasted like what we today know as sake. After all, the Japanese imported koji mold from China in the 8th century AD. Before that, they used to process rotten rice grains by chewing and then spitting them out! The saliva combined with the mold would start the fermentation process. The end result was Kuchikamizake (mouth-chewed sake)!

Sounds gross? Well, when it comes to fermentation starters, look no further than Europe. Ever heard of Pigéage? It’s a French word for grape stomping, where you stomp grapes with your bare feet to start fermentation that will result in those delicious, refined wines.

The countless types of sake

Even though today there is a whole industry of sake, we can’t say that the manufacturing process is standardized. Not only are there subtypes like Junmai or Nigori (clear or cloudy sake), but there are also many variations depending on the flavor or fruit aromas. The names and variations differ even depending on the season when you produce or drink it! There are summer, fall, winter and spring types of sake. Even colors may differ! Some are served warm (but not hot!), others chilled, yet others at room temperature. Needless to say that all of them have their own words!

So, if you are a fan of sake, buckle up for a whole lot of reading and education!

Is sake a wine or liquor?

Even though it’s popularly known as rice wine, sake isn’t wine. And it’s definitely not a liquor!

So what is it? Unlike grapes or other fruits, sake is made of rice, which has zero sugar content. But how does it ferment? By converting the rice starch into sugar! This process makes it more similar to beer than wine. However, if you decide to drink it like beer, get ready for a nasty hangover! In its alcohol content (about 15% to over 20%), sake more closely resembles wine.

Just like all things non-Western, it’s futile to try and compare sake with our own beverages. The process has something in common with how we make beer, but its nature and taste are very much different than anything we know! Maybe it has to do with Japan’s remarkable climate that yields premium rice. Or with their crystal clean water. And maybe it just has to do with the whole story and decorum of their whole amazing culture.

Is it pronounced sake or saki?

For the sake (pun intended) of clarity, it’s important to pronounce sake correctly. Unlike the English word “sake” (sāk), sake is pronounced sä′kē – or something like sah-keh. If you say “saki” (sah-kee) in Japan, people may think you’re referring to a female personal name Saki, which literally means blossoming hope. Talking about the evocative power of language!

Why do Japanese over pour sake?

Overpouring adds a ceremonial dimension to the act of drinking. A small, clear cup made of glass is placed into a square bowl made of wood. And of course, there are some cool names involved – the square bowl is called masu. Which conveniently means – more. It’s a concept that invites for more and more pouring until it overflows from the cup into the bowl. The concept itself evokes generosity, abundance, and hospitality.

Of course, this is not to say that the two-cup setup with overflowing is the only proper way of enjoying sake. If you find it inconvenient or are not comfortable with it, you can drink it like any other alcoholic beverage.

Is pouring your own sake bad luck?

Not at all! It’s true that sake isn’t meant for solo drinkers. But that doesn’t mean you should never, by any circumstances, pour your own sake.

But when there are two or more people, you should definitely take care of the others first. The Japanese are traditionally very polite, respectful and considerate, so pouring your friend’s cup before your own is in line with this amazing culture. It goes beyond personal grace – it’s more of a worldview where you should never put yourself before any other person.

Likewise, if you have two apples, you should give the bigger and juicier one to your friend. Contrary to Western individualism and self-reliance, Japanese culture is all about selflessness and communitarianism – in everyday life as well as in the face of peril.