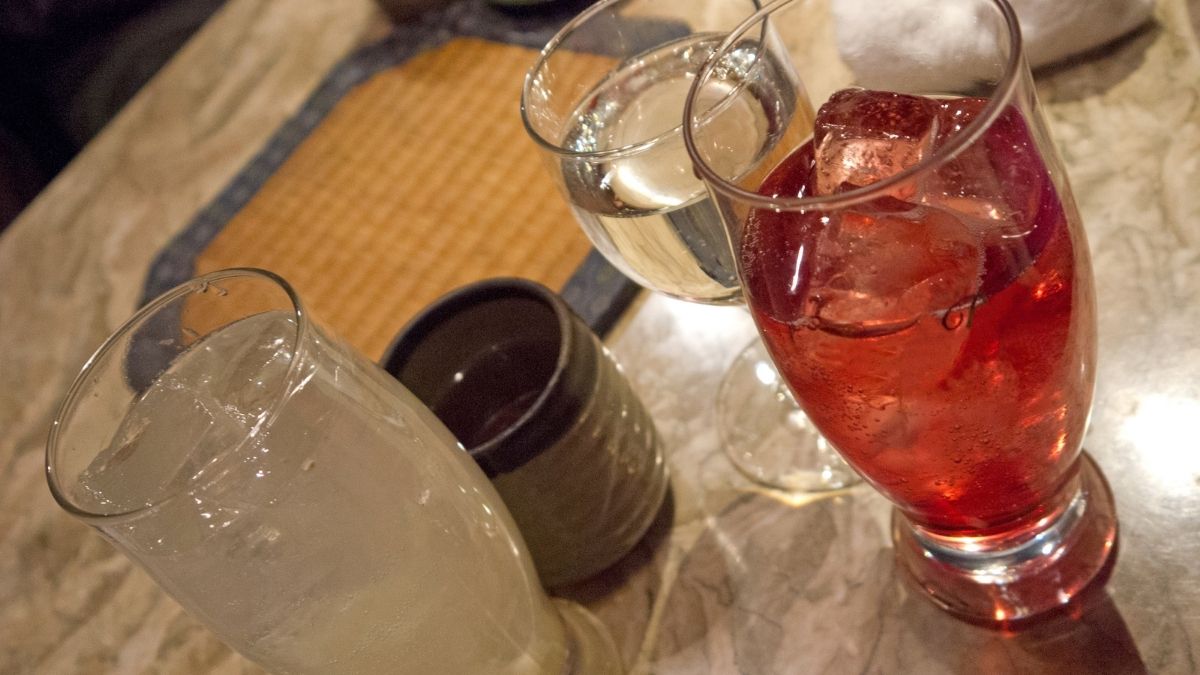 Name ONE drink that is more refined and has a richer history than sake.

Okay, there is mead, various wines, even some beers. But sake goes to the top of the list by its uniqueness.

Its one-of-a-kind taste and scent makes it different from anything else out there and this is probably what has led to its rise in popularity over the last few years.

Just like other beverages, sake has a bunch of different varieties. All of them, however, share one common trait: the richness of cultural and traditional layers that make sake unique.

But for many, sake remains a mysterious beverage and if you’re new to the drink, your questions probably start at the most basic:

What alcohol percentage is sake?

Most sake contains 14% to 16% alcohol when packaged. All sake starts at about 20% after brewing but brewers will dilute it with water to bring it down to about 15% for packaging.

Most brewers feel that sake drinks better at that level. They believe the flavors and textures are best expressed at roughly 15%.

And who are we to dispute that?

It’s also thought that various past tax laws may well have had something to do with the dilution—higher alcohol meant higher taxes!

After rice is polished to remove excess starch and impurities, it’s washed and steamed to prepare it for koji. Once inoculated with koji mould, its left to ferment for between 18 to 32 days (depending on the style and other factors). After fermentation, it’s then pressed, filtered, and pastuerized to prepare for packaging. This is where most sake is diluted (except Genshu) to around 15% for more optimum flavor.

So why would a sake brewer not dilute with any water? Essentially, some brewers simply believe that certain sakes taste better in their naturally fermented state. They believe the texture (mouthfeel) and flavor is supreme at the higher alcohol level.

How Does Sake Compare To Other Alcoholic Drinks?

The sake alcohol percentage can depend heavily on the style. There are five main kinds of sake:

They’re all brewed in different ways and use a different percentage of rice milling (Semai Buai), thus, they have unique flavor profiles.

Semai Buai is imperative to the sake making process. Stripping the rice of the outer grain to remove proteins, oil, and impurities, ultimately gives you a cleaner final product.

So here we come to the age-old question. Is sake actually a type of beer or wine or both? Or NEITHER?

Judging by its alcohol content, sake is similar to wine – just a tad more stronger.

So when you look at it, it does make sense that nobody serves it in pints or medium-size glasses. To each drink their own cup! Ochoko cups for sake typically contain 2 fl oz – slightly more than a glass shot of liquor, but much less than a glass of wine or a pint of beer.

Sake is traditionally measured in a unit called go (180 ml). A bottle will typically contain either one or two, four, or ten “gos”. That’s what you may expect to see in a tokkuri as well.

At around 15%, sake is an approachable drink for everybody and even as a beginners of the esteemed beverage, you won’t find the flavors or aromas too overwhelming—you can’t go wrong with Junmai.

There are many sakes one can try that range from sweet to dry to fruity and complex. Once you’ve found a sake you like, the next step is to share with friends and raise your sake cups for a toast.

Is sake stronger than wine?

Given the high quality ingredients and meticulous brewing process, many drinkers of sake may actually find the drink smoother than most wine.

Why are sake cups so small?

The flavor of sake changes with the temperature. That’s why it’s best served in small cups so that it can be finished and enjoyed before it gets too warm.

Especially the Dassai 23, which should be served chilled.

The alcohol percentage of sake doesn’t change with temperature. There will be some flavor differences and you may find that the heat even masks some desirable flavors. It’s best to drink the sake at the temperature recommended by the brand.

Will sake give me a hangover?

High quality sake, like the Dassai range, does not have any additives and is far less likely than other alcohol drinks to give you a hangover.

That being said, every person is different and you should approach sake with the same caution as you’d approach any other alcohol.