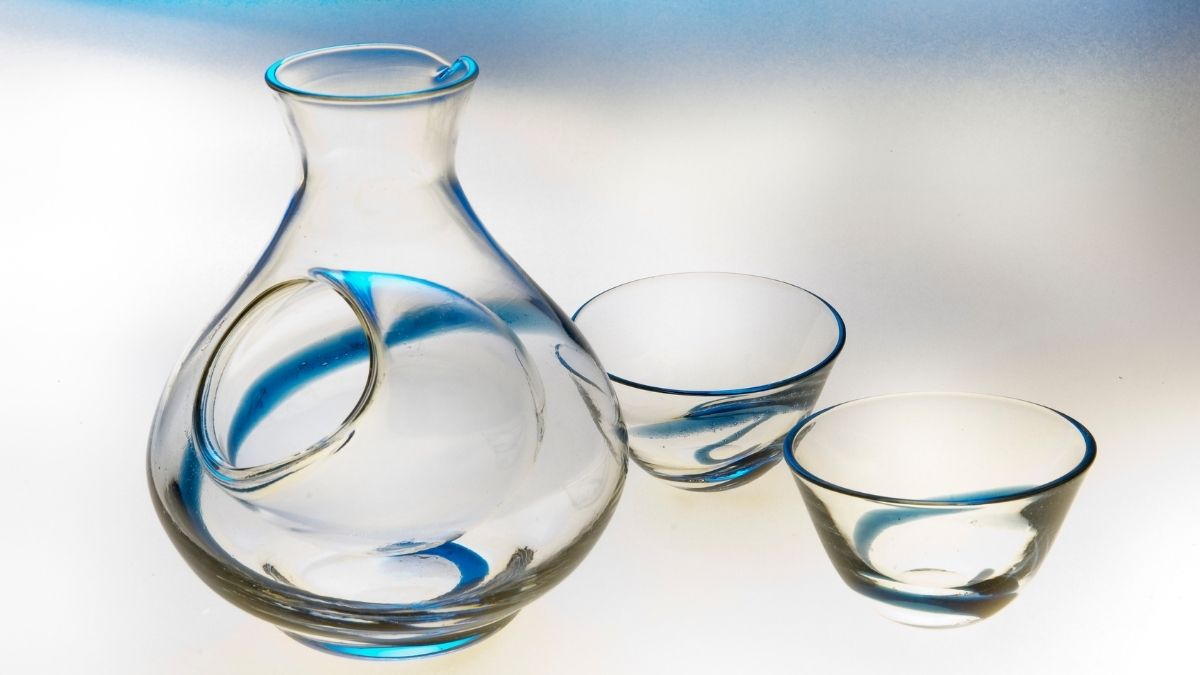 Many people believe that calories in sake are higher than those in other alcoholic beverages. Probably because it’s made from rice, an obvious carbohydrate.

Whether it’s carbohydrates or calories that make you gain weight is debatable, so for now, we won’t tell you which one to pay more attention to.

But how many calories does sake actually have? And more importantly, is it more likely to cause weight gain than other alcoholic drinks?

We took a deep dive into sake… ahem, research, to find that out!

Related post: How Many Carbs in Sake – Quick Guide to NOT Getting Extra Pounds

How Many Calories in Sake vs Wine and Other Drinks

If you’re already familiar with sake, you probably think it’s one of the healthiest alcohols you could enjoy, and guess what?

But let’s clarify something first.

Many websites compare alcoholic calories in different drinks by servings, not grams of alcohol, and this poses a problem because it doesn’t factor serving sizes versus percentage of alcohol.

Most people would never drink as much sake as they would beer. And if they did, they’d not only be inebriated, but they’d have consumed FAR MORE calories than the same volume of beer.

This is simply because sake alcohol content is much higher than beer. Sake is around 16% alcohol, and beer is around 5%. A pint of beer will definitely make you less drunk and give you fewer calories than a pint of sake.

Here’s a comparison of sake calories compared to other common beverages for the same 20g alcohol volume.

The Empty Calorie: One That Won’t Make You Fat

The type of calorie found in alcohol is called an empty calorie. This is because they are essentially void of nutritional value and won’t make you fat. In other words, your body can’t do anything with them.

When you consume empty calories, whether it’s from alcohol or processed foods, your body immediately burns them off by adjusting its core temperature. That’s why you probably always feel warmer after a few drinks.

And because these calories are void of nutritional value—i.e., proteins and vitamins—they’re not saved for later. Your body doesn’t stockpile them because it can’t use them for anything.

It’s by this logic that distilled beverages like vodka, whiskey, and shochu are often praised as being easy on your waistline.

But that doesn’t mean you can drink all you want without consequence. We all know that excessive drinking leads to an array of other problems. Everything in moderation, as they say.

What is the Healthiest Sake?

It’s probably not advisable to use the word “healthiest” when referring to alcohol, but we’ll let it slide for now, just for the sake of comparison.

There are three qualities of sake that make them arguably the healthiest options:

Of course, different types of sake will have different number of calories, due to differences in manufacturing process. Suffice it to say that Junmai sake is most waistline-friendly (with just 185 kcal), and Genshu the least (239 kcal) due to its highest alcohol content.

The Real Cause of Weight Gain: Sake Snacks

If you find that your weight gain is becoming of increasing concern thanks to your sake lifestyle, it’s probably not the sake’s fault. Most likely, the culprit isn’t the calories in the alcohol, but the food you’re pairing with it.

Alcohol stimulates appetite, perhaps making you eat more than you expected to. We’re all guilty of having a few too many drinks and hitting the fast food late at night to cure those cravings.

But the late-night food combined with sleeping with a full stomach is more likely the true culprit of weight gain.

You can avoid this trap by sticking to healthier, less-processed foods that are lower in sugar. Try preparing some snacks before you leave the house or stick to the lighter snacks at the Japanese restaurant, like Edamame.

1. The sweeter the sake, the more sake calories.

The sugar level of sake is measured by the Sake Meter Value (SMV). A higher SMV means a sweeter sake, and a sweeter sake means more calories.

Most sake is around 16%, so you won’t notice much difference in calories. But genshu—undiluted sake—has more calories as it’s about 20% alcohol.

3. Alcohol can slow down fat burning in the body.

How to Drink Sake in a More Healthy Manner

1. Drink it with a chaser

Water is served with sake and other alcoholic drinks for a reason. It hydrates you (which helps prevent a hangover), and it keeps you fresh.

3. Enjoy sake as it was intended—sipped

Sake is a premium beverage with a rich history, so it deserves to be sipped slowly to appreciate the work that goes into it fully. In other words, NO shots!