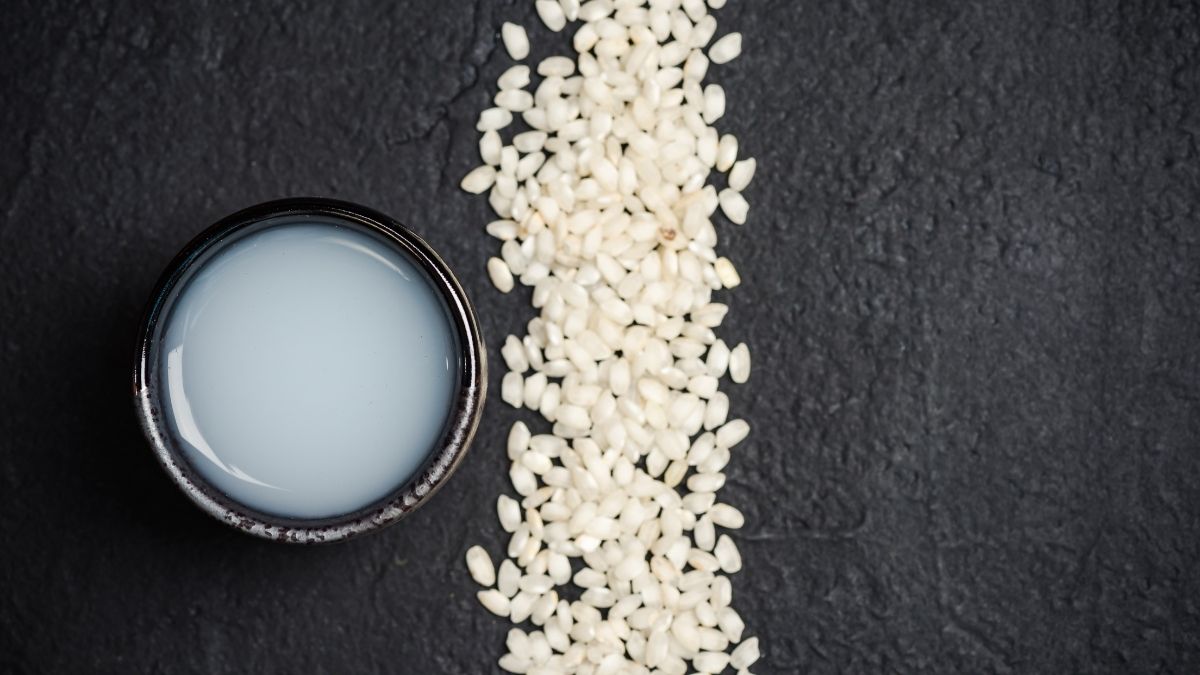 My first encounter with Nigori Sake was in a dark room illuminated only by candles, and I was not on a romantic date… A friend that just got back from a month-long trip to Japan insisted on taking me to this hidden Japanese bar for a sake tasting. It was the early 2000s, and I was living in New York City.

A big painting with a devilish looking Nipon chubby-faced angel hung on the top of the bar where a man was explaining sake, how it was made, how long it can last, the different styles, taste notes, etc.

Then the fun part began, the tasting, first a Ginjo, second a Dainginjo, and then Nigori.

He was explaining about the so-called cloudy sake when all of a sudden the lights went out, but it did not stop us. We tasted different sakes including a few Nigoris all night!

This was the summer of 2003, and that day happens to be when the massive blackout hit New York City and the rest of the Northeast. It lasted 30 hours. Needless to say, I was hooked on sake by the time it was over!

So What Is Nigori Sake (A.K.A. Cloudy Sake)?

If you ever saw an alcoholic beverage bottle at the store that seems to have some sediment in the bottom and thought that is not right, you were not alone. We are not used to cloudy looking liquors as most of them are crystal clear. Well, let me tell you that there is also a tasty cloudy style wine out there from Galicia, which people in the northern part of Spain call “Vino Turbio”. You should give it a try sometime!

The word Nigori in Japanese means exactly that – cloudy. Nigori or Nigorizake is often referred to as “unfiltered” because it contains rice solids that have not fermented. That’s what gives it the milky-white appearance that distinguishes it from the other sake styles.

For all of the other types of sake, after you obtain Morimi (the main mash that results from the sake making process), you need to pass it through mesh bags resulting in a clear liquid. For Nigori sake, the procedure is a bit different. You filter it with a mesh that has broader holes allowing some very fine rice particles to mix with the end product.

Because Nigori Sake goes, after all, through a filtering process, some sake’s connoisseurs refuse to call it “unfiltered”.

It may come as a surprise to know that in the beginning, all sake was “Nigori”. Records exist as early as 300AD where they note that the Japanese rice farmers produced an alcoholic rice drink that provided nourishment, and satisfied their thirst. This was the Japanese farmer’s version of moonshine.

This cloudy, low alcohol content rice-y drink was called Doburoku, which was forbidden during the Meiji Era (1868-1912). At this time, the producer’s focus was to create a more sophisticated sake. They began to experiment with different filtration processes to obtain a more elegant final product comparable to the European wines.

It wasn’t until 1964 that the Kyoto-based Masuda Tokubee Shoten brewery wanted to bring back a century-old traditional approach to their sake preparation. Mr. Masuda started to pressure the Japanese government towards relaxing the sake-production laws, resulting in the reintroduction of Nigori sake on the Japanese market.

Even though Nigori sake is sweeter in comparison to clear sake, you can find some Nigori on the dryer side. Nigori sake range goes from the medium-to-rich body with a splash of freshness. You can also find a variety of bright fruity tones that can go from papayas, bananas, melon to pineapple. In some cases, even rice pudding or custard! Doesn’t that sound yummy?.

While you can drink clear sake warm or cold, Nigori sake is best to enjoy well-chill, at temperatures between 40 and 60 F. It is also recommended to maintain the bottle in a bucket with ice between servings to prevent that it gets warm. If you want to fully enjoy Nigori sake, remember to give the bottle a quick shake before serving to mix the sediment that deposits on the bottom.

Now that you are ready to drink Nigori sake, you would like to know that its alcohol content ranges from 12 to 17%, which is comparable to the percentage of alcohol found in wine. That makes it less strong than some other alcoholic beverages such as whiskey, vodka, etc. The average Nigori sake bottle is 15% alcohol by volume but in some cases can go as high as 20%.

You are probably thinking that Nigori sake as well as the other varieties of sake match perfectly with Asian dishes. Yes, you are right – it does pair really well with spicy Asian food. But it can also go amazingly with western-style food. Imagine pairing Nigori sake with your all-time favorite Mac and Cheese. Or how about sipping Nigori sake while enjoying a mouthwatering mushroom Swiss cheeseburger? Picture your Monday Night Football chicken wings match with a chill glass of Nigori, it is a win-win!

Nigori sake that is on the sweeter side is a perfect combination served along with creamy desserts like rich chocolate or caramel flavor cheesecake, as well as with a fresh homemade scoop of vanilla ice cream.

Do you know that sake has gone popular on the American cocktail scene in recent years?

Adventurous bartenders and mixologists from New York, to Atlanta, are choosing to incorporate sake in their cocktail creations. Sake is very likely to balance well with the rest of the ingredients due to its bright, bold, and fresh character. Similarly, the creamy Nigori sake natural sweetness blends easily with lighter spirits like gin or dry vermouth.

This modern take on the use of sake is frowned upon and even condemned as sinful by purists that can not stand the idea of sake being mixed with other ingredients. They had no idea what they were missing out on!

Below, you can find some Nigori sake recipes to try at home. Your guests will certainly be impressed by your talent as a home mixologist with these original flavourful Nigori sake cocktails.

Muddle watermelon and simple syrup in a mixing glass, then add the Nigori sake and green tea.

Shake well over ice. Strain into a chilled martini glass.  Garnish with a watermelon slice.

Fill a cocktail glass with ice, add the Nigori sake, lime juice, and coconut water and shake vigorously, then strain in a glass with crushed ice. You can use a strawberry and mint as a garnish.

Also, if you are a vodka fan, you must try the next one!

Just mix rich Nigori sake with club soda and ice. Or, if you are feeling risky, substitute the soda water for beer.

Looking at the unique qualities of Nigori sake is not surprising that in recent years it is becoming more popular in the United States than in Japan. This can assure you that you are not only going to be hearing more about this cloudy memorable sake, but tasting more of it of course. Kampai!