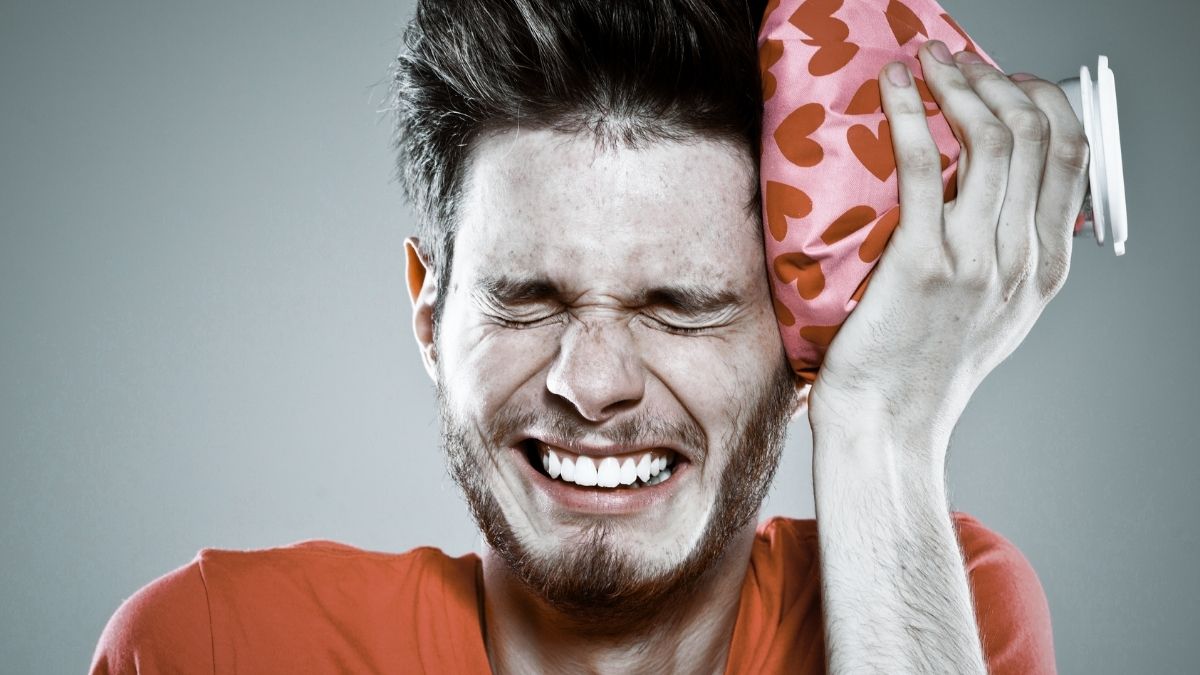 Some people SWEAR that sake doesn’t give you a hangover. While almost impossible to prove, the claims do hold some validity.

So let’s take a look at whether sake hangovers exist and what you can do when you wake up with it.

So does sake give you a hangover?

The short answer is yes — if you drink enough of it.

ANY alcohol in excess will contribute to dehydration and inflammation, which inevitably leads to a hangover. Sake, depending on the quality and how “premium” it’s deemed to be, may give you less of a hangover, but it’s worth noting that less is subjective, and every person is different.

It’s worth noting that sake is a brewed alcohol, which has considerably less alcohol than its distilled counterparts, like whiskey, vodka, and tequila (40%+).

But as carafes continue to arrive at the table and tiny cups get continuously filled, it’s easy to forget that you’re still drinking a strong drink—sake alcohol percentage is about 15%.

What causes a hangover?

Hangovers are caused by alcohol, that’s obvious (and not just if you’re sipping on cheap bottles of wine).

But more specifically, hangovers are caused by what alcohol does to our bodies. Dehydration, inflammation, and bad sleep are the main culprits behind the typical hangover. Some are worse than others, and some people claim they don’t even get them. Still, hangovers are almost always induced by dehydration and excessive exposure to acetaldehyde, contributing to inflammation in the liver, pancreas, brain, gastrointestinal tract, and other organs.

Other substances that contribute to hangovers are congeners. Those are by-products produced during the fermentation and aging of alcohol. They occur naturally and are responsible for much of the taste and aroma of alcoholic drinks.

Various additives won’t help either, and neither will yeast. Mixed together, all of those substances are a true recipe for that dreadful sequence of time when your head feels heavier than the body that carries it.

Lighter drinks contain fewer congeners, and studies have shown that beverages with a higher concentration of congeners give worse hangovers.

You can probably accurately recall that warming feeling you get after drinking a stiff drink like whiskey or vodka. What you probably don’t recall is the drop in body temperature that comes after it. Because with more drinks comes less sensitivity.

Sake, like wine and beer, contributes the least to the reduction of body temperature.

High-calorie alcohol, that is, alcohol of a high percentage, is very easy to burn in our body. The acetaldehyde produced during the metabolization and decomposition process widens your blood vessels and improves blood circulation. Hence you feel warmer after a couple of shots or strong mixed drinks.

However, the effect doesn’t last long. After a couple of hours, your body temperature typically drops, often lower than what it was before you started drinking.

Sake retains your body warmer for longer than distilled alcohol as it contains adenosine, which keeps your blood vessels restricted. The slower calorie burn means your blood circulation is kept constant, influenced by acetaldehyde.

It’s also said that sake contains more nutrients than other alcohols. It contains vitamins, peptides, minerals, and amino acids at about 10 to 20 times that of wine.

Although not scientifically proven, many people claim the health benefits are from Koji—the fungus used to ferment the beverage.

Depending on the age of sake, it’s normally clear to light yellow, which means it has a lower congener concentration.

Sake may cause less of a hangover than other drinks, as it has a low to moderate alcohol content, but this depends heavily on things like your body type, how much water you’ve drunk, the food you’ve eaten (if any), and the quality of your sleep. Even enjoying just a couple of drinks has the power to give you a hangover if you drink on an empty stomach, avoid water, and get a bad night’s sleep.

Sake is made to be enjoyed slowly with a meal. This reduces the chances of a hangover considerably as food slows down the absorption of alcohol. The prolonged absorption of alcohol instead of large spikes in blood alcohol concentration gives your liver a chance to metabolize the alcohol and its by-products.

Is there a sake hangover cure?

(Yes, there are magic drinks and sake is one of them. But alas, there aren’t magic hangovers.)

However, you can do a few things to soften the blow of an impending hangover, and you should treat one from sake like any other.

At a metabolic level, all alcohol is the same. It makes little difference what the source of the alcohol is. As we saw earlier, the leading causes of a hangover are dehydration, inflammation, and bad sleep, so any measure you take should aim to offset these effects.

What helps with a hangover?

Drink plenty of water between alcoholic drinks and try to drink a full glass before bed. The more hydrated your body is while it’s processing the remaining alcohol, the better.

Contain vitamins, minerals, and amino acids that are designed to support your defenses. It’s also said that taking milk thistle before drinking can alleviate the symptoms of a hangover.

Inflammation will inevitably cause headaches in most people, and over-the-counter painkillers like Ibuprofen can help with the pain and discomfort.

If you find yourself with a sake hangover AND you’re lucky enough to be at home or have the day off, you should sleep.

Sleep is arguably the most effective remedy against a hangover as it gives your body a break from all other functions and allows it to focus on processing and decomposing the excess alcohol.

What should I avoid if I’m hungover?

Coffee is probably your go-to drink when you’re feeling the effects of a hangover. But, you should reconsider reaching for a cup next time you find yourself under the weather. Caffeine is a diuretic like alcohol, which can exacerbate your dehydration and make you feel worse.

There’s a common misconception that you can sweat out a hangover.

Not only has this not been scientifically proven, but there also aren’t any mysterious “toxins” to sweat out in the first place. Doing vigorous exercise or hitting the sauna will only put added pressure on your already fragile body and may make the hangover worse in the end. Take it easy and relax; your body will thank you.

Hair of the dog (MORE alcohol)

11% of social drinkers reported that they have consumed alcohol to get rid of a hangover at least ONCE in the last year.

If that sounds counter-intuitive, it’s because that’s what it is. And in this case, your intuition isn’t wrong.

If you pour MORE alcohol into your hung-over organism, it will make you feel a bit better at first. That’s what alcohol does! But as soon as you stop drinking, get ready for an even worse nightmare.

How can I avoid a hangover?

Drink water before and during

Don’t drink on an empty stomach

Not only will drinking on an empty stomach do more damage to your stomach lining and liver, but it will also help it go straight into your bloodstream and to your brain. Drinking sake along with food will assist the dissolution of alcohol in your body.

Just as other well-crafted spirits—like whiskey and mezcal—are intended to be sipped and enjoyed, so is sake.

Not only does nobody shot sake, but it can be seen as silly or offensive. Do as the Japanese do and take your time to enjoy the colors, aromas, textures, and tastes of sake, and immerse yourself in the culture.