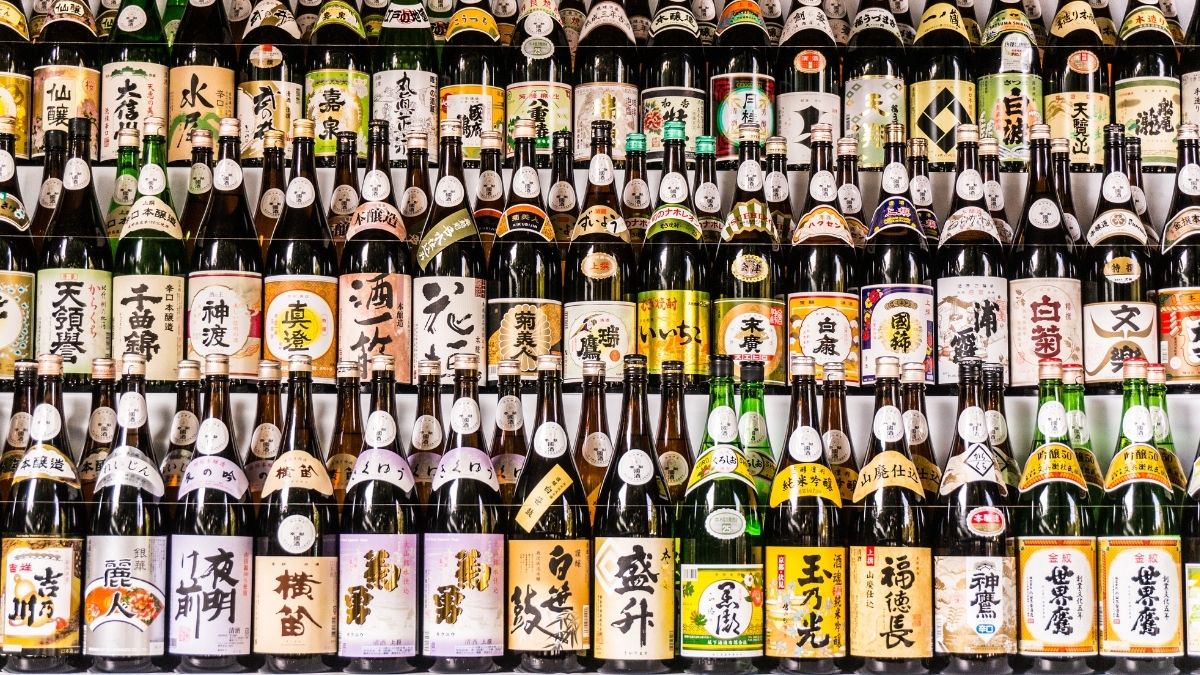 The Dassai brand of sake has seen an explosion in popularity in recent years. Chances are, if you’ve browsed sake before, you’ve come across Dassai and their trademark numbers on the labels.

The brand has been celebrated all over the world as smooth and complex. The premium range has helped shape the image of sake worldwide and breathed new life into a once-crumbling rural brewery.

But what do those numbers represent?

It’s simple: the degree to which the rice has been milled or polished. So, in Dassai 23, the rice grains have been polished so much so that only 23% of the grains have actually been used. The lower the number, the more polished the rice grain and the higher quality the sake.

Rice polishing primes the grains for brewing by removing the outer portion of the grain that contains proteins, oils, and other impurities and leaves the starchy core, which is necessary for saccharification—the conversion of starch to sugar to brew alcohol.

Sake brewers will determine the rice-polishing ratio based on the desired flavor profile and the final product and how “premium” they’d like it.

However, as many Toji (brewmasters) will agree, a higher or lower classification of sake doesn’t necessarily make it better or worse. While it’s undoubtedly an important indicator that determines the style, one must judge each flavor within the classification of that style.

What is the best Dassai?

Nobody can tell you what the best Dassai sake is because it comes down to personal preference.

The best sake depends on your specific tastes, budget, and the food you’re pairing it with. However, the best rated and highest quality Dassai sake is ’23’ Junmai Daiginjo, in which rice is polished to 23% of its original size.  If you like having nothing but the best, you’ll love Dassai 23, but by no means does that means is the right sake for everyone.

Should You Drink Dassai 45 the Same Way as Dassai 23?

Dassai 45 and 23 are both Junmai Daiginjo, which means no additional brewer’s alcohol was added during the brewing process and the rice was polished to at least 50% of its original size.

23 – light bites like seafood or blanched vegetables, however, many say it’s best on its own!

The story of Dassai

Dassai essentially became famous as a premium Daiginjo brand after it’s exponential growth in recognition over the last three decades.

Before that, the Asahi Shuzo company struggled to stay afloat due to the decreasing consumption of sake in the modern consumer economy. An antiquated image of sake as something traditional and masculine and an increasing variety of alcohol choices for consumers led to a decline in sake sales.

Then, in the 80s, financial turbulence and a need to reshape the company led to the brand Dassai. The brewery decided to dismantle the Asahi Fuji brands’ line, which had targeted a broad audience with a lower price range and developed the Dassai brand, focusing purely on premium Junmai Ginjo quality.

The brewery decided to consolidate operational and marketing resources to fuel the growth of a single brand. They ultimately lost skilled, seasonal brewers and had to rely on a younger workforce. This eventually led to a streamlined, data-driven process that allowed for year-round production—essentially making it possible to offer premium sake at a lower cost to the consumer.

The Asahi Shuzo company deliberately narrowed their target market to younger females who typically avoided sake. They took an innovative approach to offer clean, aromatic sake that was usually enjoyed in wine glasses, with the trademark “23”, “39”, and “45” labels that depict the different ratios of rice polishing or how “premium” the sake is.

The company ultimately saw a growth of 40X over the next three decades and has since become one of the leading sake brands worldwide. Their focus on premium quality and a unique marketing strategy turned a nearly bankrupt brewery into a $100M global brand that is a leader in the international expansion of Japanese sake.

Today, you can find Dassai sake almost everywhere you’ll find other premium sake brands. It’s impossibly smooth yet complex, approachable and rewarding. Revered as one of the best on the market, Dassai sake is made for savoring, and it always promises satisfaction!

What does Dassai mean?

(Much more imaginative than the literal meaning of sake, we have to admit.)

It’s said that the word was used many years ago in the region when many otters were playing in nearby rivers.

Otters would catch fish and arrange them neatly all around, almost as if there was a competition going on.

(One could easily imagine them in a street festival or a farmer’s market, offering and praising their fresh product!)

It’s no wonder that Asahi Shuzo likes to say: “Making sake is making dreams: opening a new era of sake”. Their sake is clean, soft and very subtle. Balanced aromas and a mild sweetness ignite the senses making Dassai enjoyable on its own or with a fine meal.

Are there different types of sake?

Yes, there are — more precisely, Junmai, Ginjo, Daiginjo, Honjozo, Namazake. They are all brewed differently and have unique flavors as a result. The most significant difference to the final product depends on one simple thing: how much you mill the rice.

Another notable difference between styles is the addition of pure alcohol. The addition of brewer’s alcohol doesn’t degrade the sake but may add to its richness and improve the shelf life. It isn’t easy to distinguish one type of sake from the other, and so, we recommend that people pay attention to the details on the label.

How does the difference affect the flavour?

As we learned earlier, the numbers indicate the rice-polishing ratio, and ultimately, aroma, flavor, and refinement.

The Dassai “23” caresses your taste buds with very gentle, sweetish taste and scent of fruit. You may recognize the sweet scents of melon, green pear, strawberry, vanilla, pineapple, with a sour touch.

39 —  you won’t be able to recognize the scents like you can in the 23, but you’ll definitely notice an acidic note. It’s a bit thicker and creamier on the tongue – almost as if you were drinking milk!

45 — Sniff, sniff: there’s your alcohol, if that’s what you were looking for! This is the right type of sake for a hot summer night. It retains its fruity aromas, but that’s precisely why it isn’t for the faint of heart!

What are the approximate prices for different Dassai sake?

Prices of Dassai sake in the United States are approximately the following:

Is Dassai a good sake for beginners?

Dassai is a good option for beginners not only for the variety of smooth and approachable flavors, but also for the price point.

The 45, their “standard” option, is still remarkably smooth and approachable for a beginner in terms of flavor profile and price—$30.00 USD on average.

What is the difference between Junmai Ginjo and Junmai Daiginjo?

Both Ginjo and Daiginjo are brewed without additives, using only rice, water, koji mold, and yeast.

In Daiginjo, however, the rice grains are milled so as to get rid of over half of their hull. Only the finest part remains!

However, to qualify as Daiginjo, the rice grain must be polished to at least 50% of its original size.