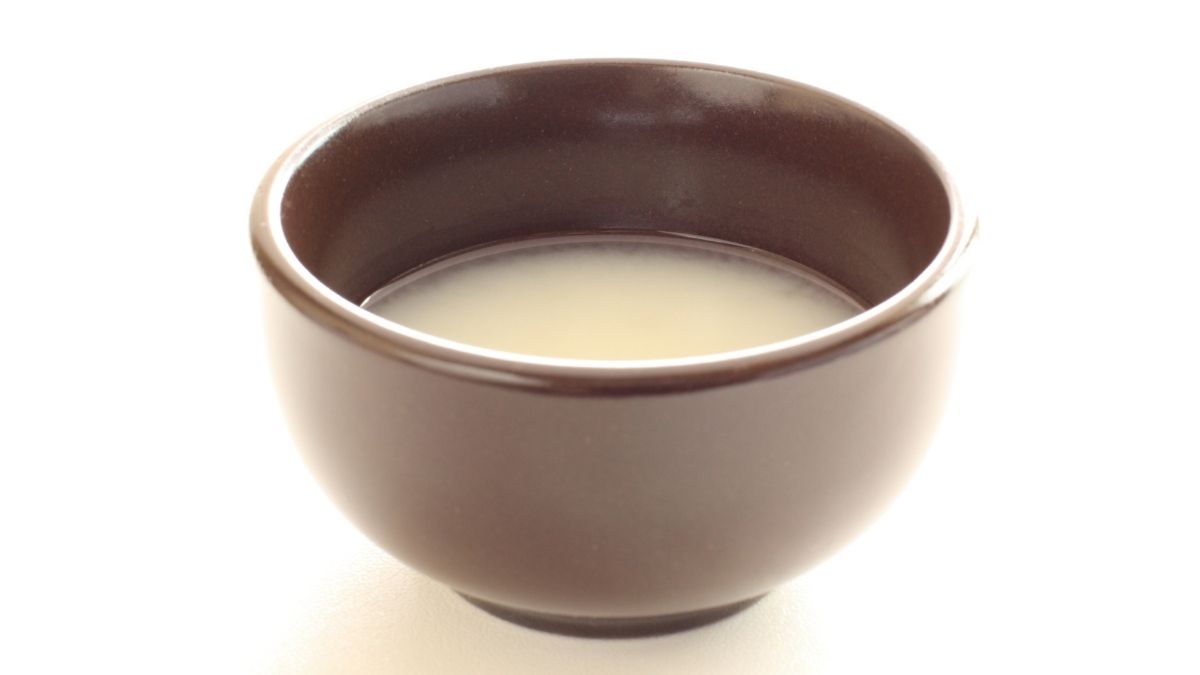 Sake or rice wine is an alcoholic drink from Japan experiencing a global renaissance in recent years. This newly acquired fame is happening due to its versatility, the popularity of Japanese cuisine, but also its unique taste! As Japan’s most iconic drink, sake represents the culmination of Japan’s finest natural resources: quality water, rice cultivation, and regional climate.

While you may be familiar with sake as a drink, have you ever given thought to its color? What color is sake anyway? Perhaps you’ve finally come around to opening that bottle of sake you were gifted not too long ago, and its cloudy appearance confuses you. After all, isn’t sake supposed to be clear?

If you’re confused about the true color of sake, stay tuned — we’ve got you covered. First, we’ve got to start at the beginning. And our journey begins more than 1,300 years ago.

Before we jump straight to the topic at hand, however, let’s start with the basics. What we refer to as sake outside of Japan is actually called nihonshu, or Japanese liqueur, in its native Japan, and reflects the drink’s importance in Japanese culture and religious rites. (Sake, by the way, is the general label for alcoholic beverages in Japanese.)

Nihonshu was first brewed in 8th century Japan, not as a drink fit for human consumption, but as an offering to appease the gods of agriculture and to give thanks for a bountiful harvest. The Japanese of long ago followed Shinto, Japan’s indigenous religion that centered heavily on the worship of kami residing in all things animate and inanimate.

In order to make sake good enough for the gods, one needs high-quality water, rice, koji (a mold that produces enzymes used in the fermentation process), and yeast.

Though we refer to sake as a “rice wine,” it’s produced in the same manner as beer: by converting the starches in grain (rice) into sugar and then fermenting them into alcohol.

Sake Fermentation and The Color of Sake

It’s this process of fermentation that lends a clear appearance to sake. However, variations in the fermentation process can result in cloudy, amber-colored sake, or even sparkling variations.

Grab a pencil and notebook and pay attention because we’re about to get all “Yeah, Science!” on you.

Sake is fermented in a three-step process, whereby the moromi (the fermented mash resembling rice pudding) is pressed and filtered for color, then bottled and matured. Pretty straightforward, right? Bottle the clear liquid that comes from a batch of fermented stuff, let it mature for about a year, and you’ve got a beverage fit for the gods.

The clarity of sake lends itself to the degree of charcoal filtration, a process called roka. But, before we get to this step in the sake-making process, the mash is first pressed through a mesh to separate the lees from the liquid. (This process is called kosu in Japanese.)

After sake is pressed, it’s mixed with a fine activated charcoal powder that absorbs bacteria, along with ori. Those are particles that can result in a cloudy appearance and golden tint.

While it might seem like anything other than clear sake is defective, keep in mind that not all sake are created equally. We may think of Japanese cuisine as a unified menu consisting of sushi, oodles of noodles, and the occasional eyebrow-raising delicacy. However, each region in Japan has its own cuisine and local flavor, resulting in sake that pairs well with these regional dishes.

As a result, sake brewed in one region of Japan will likely differ from another region. Likewise, different types of sake brewed in the same region can differ greatly! It all comes down to the individual brewer and their chosen methods to strain and filter the sake. What this means is that your bottle of cloudy sake with “stuff” floating around isn’t a fluke — that’s 100% intentional!

What Color is Sake? F.A.Q

To recap, clear sake is the result of two filtration processes. In the first step, kosu, sake mash (moromi) is pressed through a filter or mesh to strain the thicker particles. Next, the liquid is mixed with charcoal powder to absorb bacteria and impurities.

This liquid is filtered once again to remove the charcoal powder along with unwanted particles. The finer the filter, the more refined and transparent the sake.

Why is my sake cloudy, and is it safe to drink?

It’s time to pull out your notes!

What is the first step in sake filtration? Kosu, where sacks or cloths are used to press the sake mash and separate the transparent liquid from the lees. Cloudy sake is the product of filtering mash in this step through a material made of a coarser fabric or with larger openings. Ori, white particles, also make their way to the soon-to-be batch of sake.

The result is nigori, a milky sake with a sweet taste and creamy texture. If the ori settles at the bottom of your sake, just give it a generous shake to restore its opaque appearance. Or, you can leave the ori at the bottom and savor the clear liquid first.

There’s definitely something wrong with my sake…it’s yellow! That’s not good, isn’t it?

Yellow sake might set off alarm bells. After all, would you eat yellow snow?! However, it’s not unusual for sake to have a golden or even amber appearance. Remember roka, the second stage of the filtering process, where charcoal powder is added? Believe it or not, some breweries intentionally omit this step and go straight to bottling!

As this hashtag-no-filter sake ages in a controlled environment, it takes on a distinctive hue due to the Maillard reaction, a chemical process between amino acids and sugars that results in brown color and robust flavor. It certainly gives a whole new meaning to, “I woke up like this!” Other examples of the Maillard reaction include roasted marshmallows and seared steaks. Any guesses on how well they pair with sake?